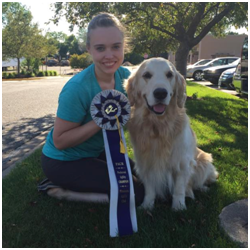 Since Alyssa was a little girl dogs were always part of her life. When she was only a few years old she would go to her neighbor’s house and play with their dog. Her passion for dogs continued to grow as she grew up.

In 2004 she started to train the family dog, a Golden Retriever named Kailey, in basic obedience. A special connection grew between Alyssa and Kailey and she could see that. Therefore she decided to take their training to the next level. In May 2005, they competed in their first ever AKC event, Junior Showmanship. From that first show Alyssa was hooked.

After Alyssa acquired her second Golden Retriever, Jackson, she began to slow down competing in conformation and became more interested in competing in obedience/rally. So back to more obedience classes for them. After completing the AKC CD and RAE titles with both dogs she decided that they needed a different activity to do. On to agility!

Since Alyssa and Jackson started their agility career in 2011, they have won the Greater Twin Cities Golden Retriever Club’s Agility Dog of the Year award two years in a row. They have also competed at two AKC National Agility Championships and made it to the Challenger’s Round their first year.

Alyssa loves to see her dogs having fun, that is why she keeps finding new activities for them to do. For a few years, Alyssa and Kailey made weekly trips to a local hospital to visit patients as a therapy team. It always warmed Alyssa’s heart when she saw the patient’s face light up when Kailey entered their room. Kailey always had the biggest smile on her face when “hi” to every person she saw.

Her love and passion for dogs is what keeps Alyssa continuing her training and education. To further her education, Alyssa became an approved AKC Canine Good Citizen Evaluator. Alyssa wants all of her students to have fun when teaching their dogs; just like she did. When the students put fun into their training then the dogs will become more focused on them and wants to please them. Alyssa enjoys seeing her students train their dogs because she can see the relationship that they are creating and seeing it grow each week. And that relationship between owner and canine will last for a lifetime. 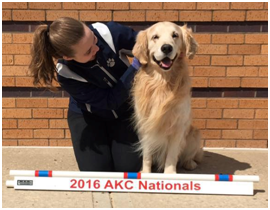 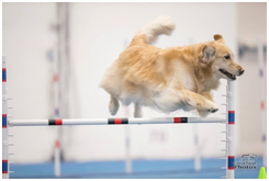 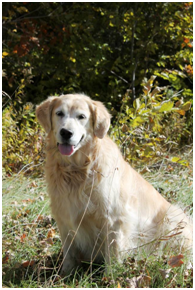